What is Romantic Poetry?

Romantic poetry is the poetry of the Romantic era, an artistic, literary, musical and intellectual movement that originated in Europe toward the end of the 18th century.

The nature of Romanticism

As a term to cover the most distinctive writers who flourished in the last years of the 18th century and the first decades of the 19th, “Romantic” is indispensable but also a little misleading: there was no self-styled “Romantic movement” at the time, and the great writers of the period did not call themselves Romantics. Not until August Wilhelm von Schlegel’s Vienna lectures of 1808–09 was a clear distinction established between the “organic,” “plastic” qualities of Romantic art and the “mechanical” character of Classicism.

Many of the age’s foremost writers thought that something new was happening in the world’s affairs, nevertheless. William Blake’s affirmation in 1793 that “a new heaven is begun” was matched a generation later by Percy Bysshe Shelley’s “The world’s great age begins anew.” “These, these will give the world another heart, / And other pulses,” wrote John Keats, referring to Leigh Hunt and William Wordsworth. Fresh ideals came to the fore; in particular, the ideal of freedom, long cherished in England, was being extended to every range of human endeavour. As that ideal swept through Europe, it became natural to believe that the age of tyrants might soon end.

The most notable feature of the poetry of the time is the new role of individual thought and personal feeling. Where the main trend of 18th-century poetics had been to praise the general, to see the poet as a spokesman of society addressing a cultivated and homogeneous audience and having as his end the conveyance of “truth,” the Romantics found the source of poetry in the particular, unique experience. Blake’s marginal comment on Sir Joshua Reynolds’s Discourses expresses the position with characteristic vehemence: “To Generalize is to be an Idiot. To Particularize is the alone Distinction of Merit.” The poet was seen as an individual distinguished from his fellows by the intensity

Introduction to the Romantic Movement 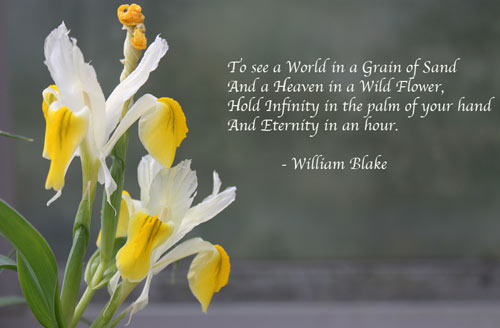